Click here to see how Athens is committed to going safely.

Native Athenians are already familiar with the Classic City's fabulous culinary fare and live music scene, but now, readers of Gourmet Magazine&nbsp;across the country are becoming acquainted with the dining and music of Athens, Georgia, which made the list of the top ten cities in the United States for music and food in the magazine's article, "The Next Big Scene."

Several famous Athens entertainment locales are highlighted, including the 40 Watt Club and the Caledonia Lounge, as well as some of the city's favorite restaurants like 5&amp;10 and The Grit.

Read about it here, and then go check out the venues for yourself to see why Athens, Georgia is one of the best music and food spots in the nation! 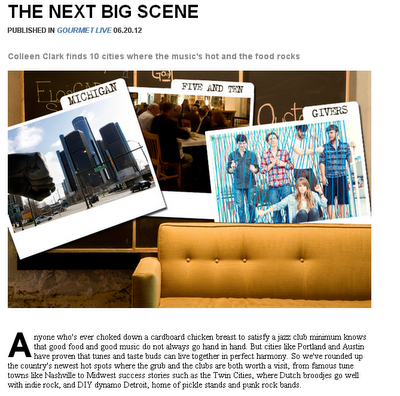 The Athens Convention & Visitors Bureau staff shares a great love for their city-- they are out and about in restaurants, at shows, browsing shops and galleries, and relaxing in the gardens.